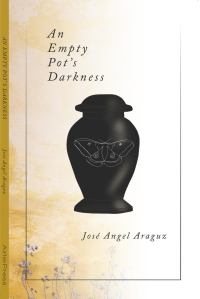 This will be the first of a short series of posts discussing some of the thinking and inspirations behind my latest poetry collection, An Empty Pot’s Darkness (Airlie Press), which is available on SPD as of this week!

Back when I started experimenting with the octave form, I drew inspiration from a series of poems by Edward Arlington Robinson also entitled “octaves”:

STILL through the dusk of dead, blank-legended,
And unremunerative years we search
To get where life begins, and still we groan
Because we do not find the living spark
Where no spark ever was; and thus we die,
Still searching, like poor old astronomers
Who totter off to bed and go to sleep,
To dream of untriangulated stars.

I wrote about this particular octave once in a previous post, and noted how much I admired how Robinson gets away with the highly syllabic words “unermunerative” and “untriangulated.” As my own experiments at the time had me working around intuitive syllabic phrasing, I took it as a challenge to include highly syllabic words throughout the sequences of An Empty Pot’s Darkness.

The octave below is from the sequence “for Christine Maloy” which pays elegiac tribute to a young poet from my hometown Corpus Christi who was living with lupus, a serious autoimmune condition, until she died one winter due to flu. Her death was discussed in the local news in a way that glossed over how vulnerable people who are immunocompromised actually are to things like the flu which are summarily dismissed or made light of in society. In writing about her passing and our friendship, I found myself at turns angry and lost to these attitudes and how they overlook the real human lives affected by them.

In this sequence dedicated to my friend I try to work out poems that are examples of how formal strategies can be subverted and brought into conversation with personal and political stakes, all in the effort to represent the human life we carry in memory.

On Facebook, people still seek you out.
This last face, pixelated,
thumbnail hitchhiking to now,
gives a grin, lends small glints to your eyes,
constellates them to sharp points of light.
Is this the shape of your myth?
A held look, a look away
I cannot triangulate.

Copies of An Empty Pot’s Darkness can be purchased from SPD and Airlie Press.

José Angel Araguz is a CantoMundo fellow and the author of seven chapbooks as well as the collections Everything We Think We Hear, Small Fires, Until We Are Level Again, and, most recently, An Empty Pot’s Darkness. His poems, creative nonfiction, and reviews have appeared in Crab Creek Review, Prairie Schooner, New South, Poetry International, and The Bind. Born and raised in Corpus Christi, Texas, he runs the poetry blog The Friday Influence and composes erasure poems on the Instagram account @poetryamano. He is also a faculty member in Pine Manor College’s Solstice Low-Residency MFA program. With an MFA from New York University and a PhD from the University of Cincinnati, José is an Assistant Professor of English at Suffolk University in Boston where he also serves as Editor-in-Chief of Salamander Magazine. View all posts by José Angel Araguz

2 thoughts on “into the octaves part one”